Life is giving you a promotion – will you recognise it? 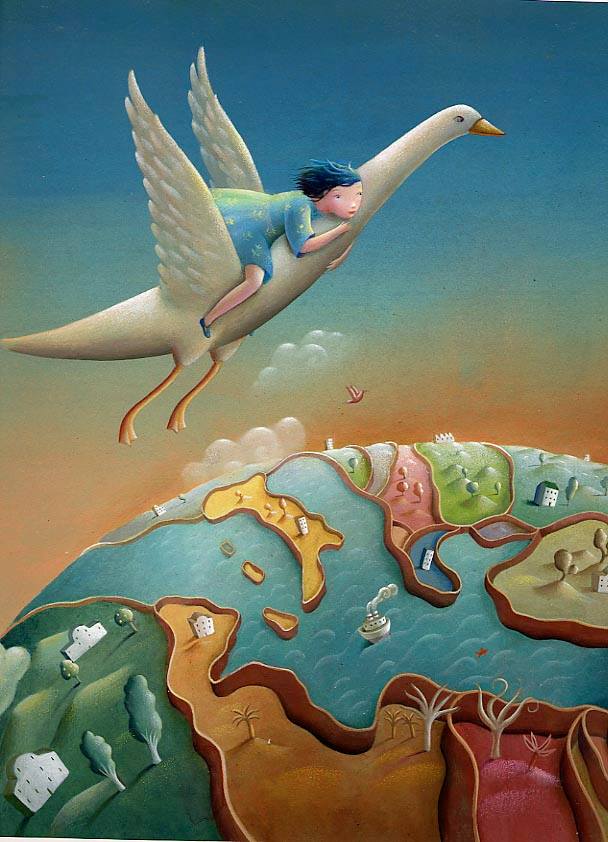 I have to confess, I’ve been spending a lot of time on twitter this week. I’ve been watching, in real time, the struggle of US journalists who suddenly found themselves in an alternative reality and were scrambling to figure out how to respond.

I have been watching people move through the stages of grief as they face the possibility they are about to lose everything they took for granted. First denial – it can’t be that bad, I’m sure it will all settle down. Then the second stage, anger – we’re going to march! We will resist!

I have laughed out loud at the Badlands National Parks Service as they defied their social media executive gag order to tweet things like this: 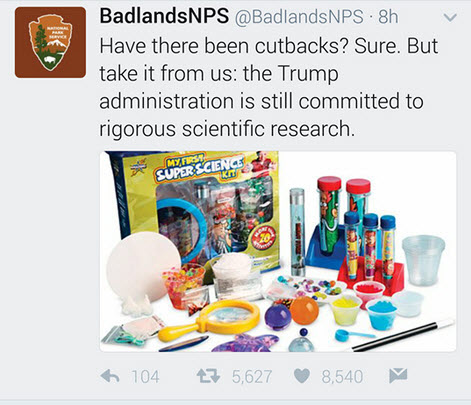 But this isn’t a death so much as a revolution in consciousness. We’ll be talking about the changing concept of death in the next few weeks.

Here’s a fun fact, the asteroid Atlantis is currently making a channel with the planet of authoritarianism, Saturn. (Saturn in 11.2 and Atlantis in 56.1) You probably know Atlantis as the city that sank below the sea.

But more importantly for our purposes today, it was part of a story written by Plato about his ideal state “The Republic” being set upon by another power (think evil empire). Yes this may be sounding strangely familiar to Star Wars fans!

Atlantis was a prosperous place, but they were greedy and expansionist, militaristic and aggressive. Despite Atlantis having overtaken many other nations, The Republic was able to repel their attack so successfully that Atlantis fell out of favour with the gods and sank into the Atlantic Ocean.

When I read this, back in September as I was researching the 2017 transits, I was taken by the idea of the USA , aka The Republic, finally overthrowing authoritarianism where so many other countries have failed to do so. Some of you will roll your eyes at this, I can see you doing it! 🙂 .

Another version is that the US is Atlantis, expansionary, militaristic, and they are about to submerge. Look, see how I did alternative facts just there!

But seriously, this is a fascinating array of symbolism which is affecting our geopolitics right now, especially as Saturn nears the Galactic Centre.

The reason I chose the first version – where the USA is The Republic overcoming evil – is that it fits better with the overall transit picture, which is massive global change triggered by the country of revolution – USA. In the US Human Design chart, their Uranus activation reads:

You have the initiative. Your own inner motivation and enthusiasm can become a magnetic, creative force and bring you what you seek. Even if it’s hard to imagine how success could be possible, there’s no need to doubt yourself. The very fact that you imagine the possibility gives it the space and energy to grow. Your willingness is at the centre, both gathering your own strengths and resources and also inspiring a response in others.

A great example of this is Madeleine Albright’s call for everyone to register as Muslim in response to the executive’s proposed ban on Muslim immigration and threatened deportations. Perhaps we are seeing right here the destruction of the consciousness which created all that neo-liberal plundering, all that authoritarian control. There is a rich symbolism in the Atlantean story, no matter how you choose to read it.

Country charts are incredibly fascinating, but let’s move along.

This week we have been discovering what’s important. The Sun in Gate 41 bought some hard choices. What do I need to sacrifice in order to hold onto what is essential? What new influences are stirring me to collective action?

Life is removing your comfort zone and replacing it with the possibility of living in a creative universe of uncertainty and wonder.

January’s New Moon tomorrow brings a shift in energies.  We become sensitive to the process. We begin to sense the emergent potential. We are moved to take more responsibility for what is coming into being. We take action to get clear of old patterns and beliefs that could pull us back. We start out in a new direction, even though we may feel limited in our influence. 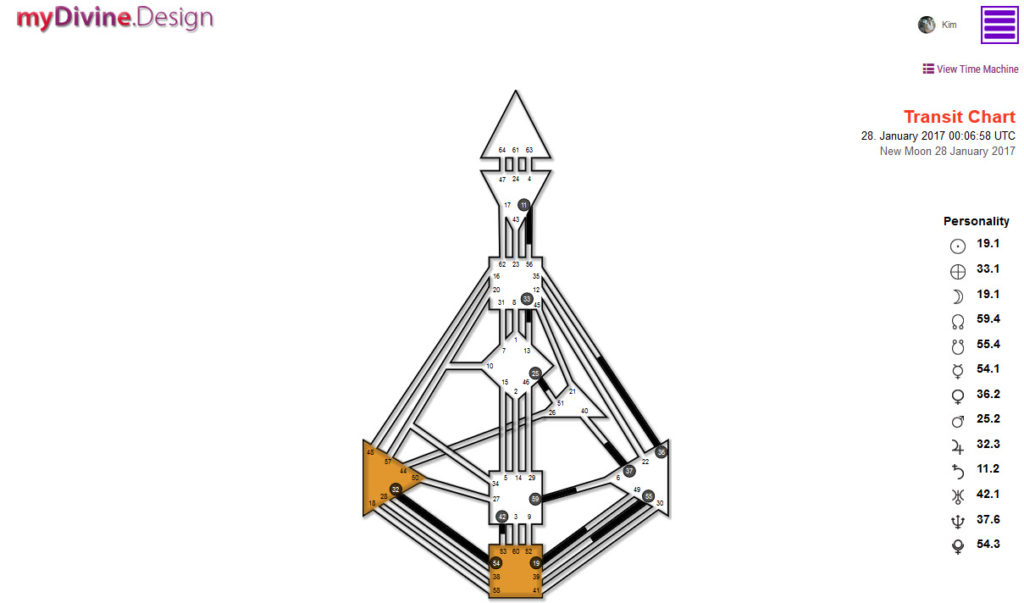 Right now, its as if life is giving us the opportunity of a promotion. The trick here is that it doesn’t feel like anything you’ve known before. That’s because it’s a quantum leap out of your old life. It will feel uncertain, it will feel unformed, it will feel as if you are creating it rather than it being handed to you, it will feel unsure. You cannot know if it will succeed.

Notice I said the opportunity of a promotion.

This comes from Jupiter and Pluto. Jupiter says look at this wonderful thing I have for you! And when you reach for it, Jupiter morphs into Saturn and says but you have to work to make the best of it!

On the New Moon, the Sun is in Gate 19, bringing up all our survival fears whilst demanding we step into the pathway of a personal and collective revolution. It’s a tough juggling act, to balance the fear and the excitement!

If you’ve coached with me, you probably know this story. I remember years ago, my partner and I went away camping for a few days. It was wickedly hot and there were horrendous winds blowing but we found a lovely protected spot by a waterhole and stayed a few days. On the way home we drove down the mountain for a swim in the ocean and then meandered up the coast till we got home. We arrived to wailing and keening. Our friends had thought us lost to terrible bushfires that had been all around us. We were safe and oblivious. It was a very powerful message to me about staying in my own reality.

The asteroid Isis is also in Gate 19 line 1. Expect a lot of talk about terrorism this week, but I don’t see anything suggesting actual violence. I suspect this will be more about teasing out the rhetoric, which can do as much harm as the actions of terrorists.

The really fabulous thing about Isis is that she was one of the major goddess figures, and in astrology represents finding the missing piece of our capacity to create and manifest. That feels better than worrying about terrorism!

The Earth is in the Gate of Retreat, so you may feel like taking a few quiet days to yourself.  Gate 33 is all about making a strategic withdrawal from what may harm you. It is better to bide your time before you take action from a better more conscious place, rather than get pulled back into acting from old energies.

Focus your sensitivity on the subtle emergent potential, an inkling of connection with powerful incoming feminine energies. What can you do to channel more of it into your life, and into the collective?