The I Ching and the Human Design System

Welcome to the world’s oldest unsolved Chinese puzzle.   This little Book of Changes,  which in it’s native Chinese will fit into less than forty pages,  has been teasing and tormenting scholars for thousands of years, and translators for centuries.  Over the centuries it has been consulted more than the Bible, the Koran or the Vedas and has been read more than Shakespeare or Homer.  And yet it lays down no law.  It founds no religion.  It tells no story.  So what is this odd, inscrutable tome all about?

The I Ching (now commonly known as the Yijing, just as Peking is now known as Bejing), is a system for understanding the place of humanity within the cosmos. It is a system built entirely upon two elements – yin and yang.  Using these two elements, it creates the world and all within it. It does this by putting them together into 64 hexagrams, each one divided into 6 lines. It has an uncanny similarity to the structure of human DNA and fits perfectly with our understanding of chaos theory.

It is also a fundamental component of the Human Design System. 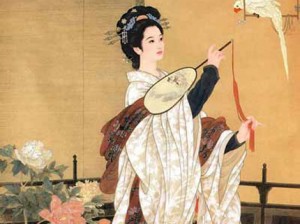 The Book of Changes is little known in the west, but it is one of the most important books in world literature. Thousands of years of wisdom have gone into it’s making and interpretation. It has had a profound influence on the culture, philosophy, science, politics and everyday life of China, the most populous nation in the world.

At the outset, the I Ching was a collection of linear signs used as an oracle. It was probably originally based on the simple possibility of receiving either a yes or no answer to a question.

Yes was a single unbroken line  and No was a single broken line. As more complex answers were sought, it’s likely that people began to combine the lines into pairs, and then into sets of three. These became known as trigrams. The trigrams then began to take on meaning, based on many hundreds of years of observation. The eight trigrams began to represent all the forces of heaven and earth. 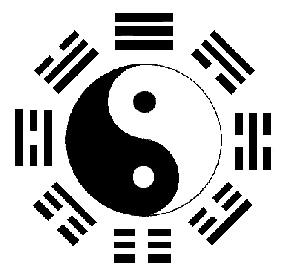 The trigrams were not representative so much of things, but of the nature of the movement of things, not entities but functions.

But there was again a desire for more complex understanding of the world and the trigrams were combined to create hexagrams. Each hexagram contains the two trigrams in relationship with each other. They also contain the experience of the six lines that form them.

Around 1150 BC, King Wen and his son the Duke of Chou, began to change the way the I Ching was being used – shifting it from a method of fortune telling to a book of wisdom that gives answers to the question – what am I to do?

This had the effect of shifting the querent from a mute and passive receptor of fate into a co-creative partner actively involved in shaping her future.

Both Lao-Tse and Confucius knew the I Ching well, and added significantly to it’s inherited wisdom.

Consulting the I Ching 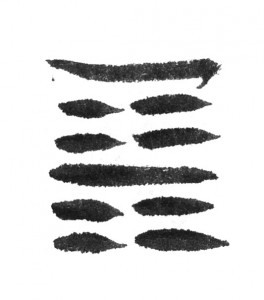 Traditionally a hexagram was created by throwing coins or yarrow stalks. Each throw gave either a yang (solid) or yin (unbroken) line and the six lines of the hexagram were built from the bottom up. If you’d like to know more about how to consult the I Ching in this way, Hilary Barrett’s site is a great resource.

In the Human Design System, the I Ching is a fundamental part of the BodyGraph, with each planet being allocated a hexagram (or “gate”) based on it’s astrological position.

The Philosophy of the I Ching

The underlying philosophy of the I Ching is that of process and change.  In the Tao Te Ching, Lao-tse teaches that rather than focus on individual things we are better served by considering the flow of change moving through each situation, the course of things, the continual primal beginning in each moment.

While we tend to equate yin with the feminine and yang with the masculine, Richard Wilhelm explains that there is nothing to indicate this in the original meanings. The primary meaning of the word ‘yin’ was probably something like cloudy or overcast. Yang probably meant something like ‘banners waving in the sun’, something bright and shone upon. The two words represented the concept of dark (yin) and light (yang), the southern or shaded side of a mountain (yin) and the northern or sunny side (yang), two primal states of being, continually transforming from one to the other and back again.

Another important concept contained within the I Ching is that everything we experience can be found as a metaphor or image.

For example, in hexagram 3 we receive the guidance of how to respond to the process of initial creation, the rising up of vital energy. The imagery used is that of a sprouting seed. It can be useful when things are just beginning, to imagine ourselves as a sprouting seed, still deep within the dark cool earth, unsure of what we are becoming, confused by the teaming chaotic profusion of potential we are experiencing.

In the Human Design System, this hexagram (or gate) is in the Sacral Centre/Chakra, seeking to connect with the Root Centre by activating gate 60, Limitation. In this process of beginning and becoming, a birthing process, it’s likely that we’ll experience limitations, but that will help us grow strongly and surely. It also helps us to ‘weed out’ any ideas too weak to survive or not in our best interests.

Using the I Ching in the Human Design System

Ra Uru Hu created keynotes and a Rave I Ching for the Human Design gates, but that shouldn’t limit our understanding of the meaning of the gates. Just like Shakespeare and the Bible, the I Ching has been interpreted many times by many thousands of people, and we can approach Human Design in the same way, allowing for a natural evolution of meaning.

I Ching and DNA

The mathematical structure of the I Ching hexagrams has exact similarities to DNA.

The I Ching is made up of 2 lines – yin and yang – grouped in particular ways to create 4 bigrams, 8 trigrams and 64 hexagrams.

DNA is also made up of 64 paired triplets called codons. Within each I Ching hexagram and DNA codon there are 6 lines/amino acid groupings. You can see the similarities in these two mandalas, the way they go from 4 to 8 to 16 to 64.

Katya Walters has also described how both the I Ching and DNA patterns align with the mathematics of chaos theory to describe a fundamental code of creation, perhaps even a guidebook to human evolution.

Patterned chaos is generated from simple rules that repeat on scales large and small in matter and energy over space and time. Can a morality emerge purely as a consequence of the laws that govern self-replication?

This repeating pattern is the essence of your Human Design, the laws of nature encoded in your DNA and able to be read through the planetary imprints on the gates of your Bodygraph.

My favourite online I Chings

LiSe Heyboer’s Oracle of the Sun

You can find more links on Hilary Barrett’s site – www.onlineclarity.co.uk.

Hilary Barrett’s I Ching – this is my go-to and I use it every day.

Master Huang is one of the last surviving I Ching masters to come out of China. This book is a masterclass in the I Ching.

Stephen Karcher is a well respected I Ching scholar. This is his latest book, incorporating many years of study and experience. I like how Karcher gives voice to both the Shaman and the Scholar in his descriptions of the hexagrams.

Another I Ching scholar, Jack Balkin’s book is full of practical advice on each hexagram. There are so many ideas here that give me ah ha! moments because he puts the I Ching into an everyday context.

Designed by: On The Farm Creative Services
| © Love Your Design 2023