Understanding the Gates in your Human Design chart 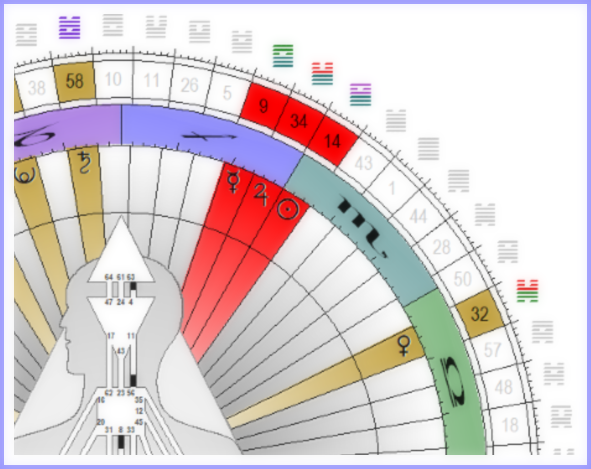 Have you ever wondered about the meaning of the Human Design gates? It’s one of the most challenging areas of your Human Design to understand, because the meaning of each gate is incredibly complex, and then you have to make sense of it within the context of the rest of your Design.

In conventional Human Design you can use the standard keywords for each gate, but you’ll be missing out on a wealth of meaning that you can uncover if you dig just a bit deeper.

Some FAQ’s on Human Design Gates

The 64 gates of the Human Design System relate directly to the 64 hexagrams of the I Ching.

Gate 1 in the Human Design System is the same as Hexagram 1 in the I Ching. So you can pick up any I Ching book and read something about your design there.

The Human Design Gates don’t move around in the chart. Gate 1 is always in the G Centre.

And Gate 52 is always in the Root Centre. The positions of the gates is fixed and is the same in all charts.

Each Human Design Gate connects to another Gate to form a Channel.

The meaning of each gate is influenced by the other Gate in the channel. And by the Centres at each end of the channel. You can’t consider the meaning of a Gate in isolation. Your design is a subtle multidimensional map of your energy field, and each Gate has it’s part to play in that whole. 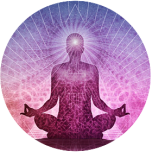 Your Gates show the flow of energy around your Design, and in your actual field.

There’s a reason your Human Design chart is sometimes called a BODYGRAPH – it’s a blueprint of how energy flows through your field. The Gates show where your flow is consistent and reliable, and where you are always being influenced, or conditioned, by others.

You have every Gate in your design, and each Gate can be activated by a planet, or not.

That activation can be conscious (Personality/Black) or unconscious (Design/Red). Or it may not be activated at all. Consider how each Gate functions, rather than only seeing the activated Gates. If a Gate is white in your design, it may still be playing an active part. Is it reaching towards a defined Gate? Is it the missing link between two Centres? 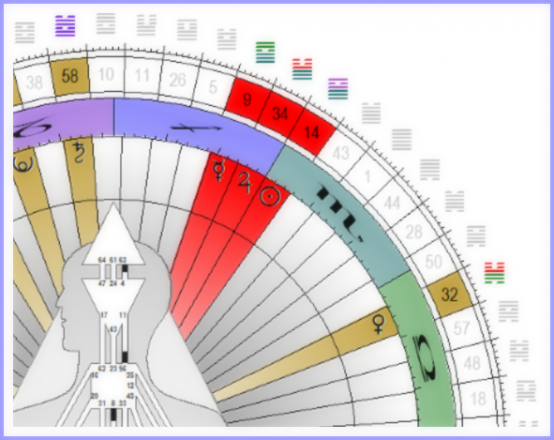 And speaking of planets …

Each planet brings it’s own flavour to the Gate it activates. Passionate independent Mars brings a very different energy to harmonious Venus. Personal planets – like the Sun, Moon, Mercury, Venus and Mars – feel different to the outer planets like Neptune and Pluto.

Here’s THE most important thing about the Human Design Gate activations.

Their meaning is not fixed. It’s not like a one off imprint like Conflict, Power, Grace, Enthusiasm. There are no ‘good gates’ and ‘bad gates’, although some are easier to live with than others.

Each Gate contains a challenge and a solution.

For example, the Gate of Grace sounds like a gate I might like to have in my design! If you have this gate you appreciate beautiful things and people, you enjoy social interactions and you’re perfectly comfortable with chit chat.

This gate also holds the challenge of connecting with people in an authentic way, rather than staying on the surface as a defence against difficult emotions. 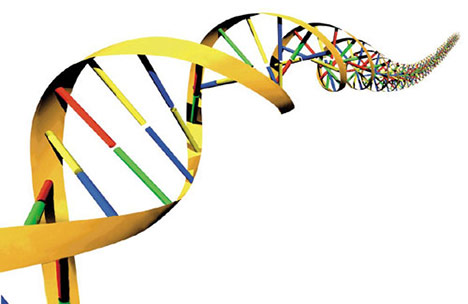 Human Design Gates have an exact correlation to the structure of your personal DNA.

According to research done by Katya Walters, I Ching hexagrams are our key to living in the new quantum reality. The structure of the hexagrams aligns exactly with the mathematical nature of fractals, the basis of chaos theory.

So while the Human Design Gates hold the keys of ancient wisdom via the age old chinese I Ching, they also align us to a newly emerging fractal reality, and open a doorway to conscious use of the science of epigenetics. (Six Modern Sciences of Human Design)

There really is no quick and dirty way to understand the meaning of the gates. They carry a deep and profound meaning. Keywords don’t cut it, sorry! And neither do quick phrases. A study of the Human Design Gates can take a lifetime. So take your time to explore

Some Books For Your Human Design Library

Many of you are familiar with Hilary Barrett’s I Ching. Hilary has a profound understanding of the I Ching and her book reflects that, while at the same time being clear, accessible and elegant. This is a book for every student of the Human Design System.

I particularly like her questions for each hexagram. They help to focus on the core issues of each gate in our design.

Alfred Huang learnt the I Ching from three Chinese masters. In 1949, after the Cultural Revolution in China, the Book of Changes (I Ching) was banned and they continued to meet in secret, despite the great danger. After all three masters passed away (they were all between 80 and 90 years old), the young Huang was imprisoned in a labour camp for 22 years due to his ‘antirevolutionary activities’ – studying the I Ching. He was sentenced to death, and spent his days contemplating what he’d learnt from the ancient masters. In 1979 he was released from prison and emigrated to the US, where he was encouraged to write this I Ching book.

What I enjoy most about this particular I Ching, apart from Master Huang’s ancient I Ching lineage, is his knowledge of the history of how the modern interpretations came about. He gives all the various names for each hexagram and also the image/metaphor. This brings a rich meaning that is not available in any other I Ching.

Richard Rudd is an early pioneer in Human Design. His Gene Keys book brings the I Ching to life, linking it directly to the Human Design System. Rudd has an extensive knowledge of the I Ching and adds his own cosmic flavour.

Rudd explains the Shadow and Gift aspects of each gate, allowing a positive experience of personal growth to emerge.

This it the official foundational reference guide to the conventional Human Design System, including descriptions of each gate and channel.